For this third and final video I will be discussing whether remakes and remasters are cash grabs or whether there is an actual demand for them, specifically looking at Crash Team Racing (CTR) Nitro-Fueled.

When I first did research on this question the main points that comes up view it as a cash grab. Legler (2016) argues “a company will never forget how well their games performed and how well they were received. In that case, as far as the producer is concerned, it would be stupid not to remaster a popular title – wouldn’t it be?” I personally find this a very valid argument for companies – why wouldn’t they take advantage of a game that’s doing really well and remaster it to give new fans a playable version?

Although that may quite often be the case, there are still remakes and remasters being created due to a high demand for them. One reason would be to expose new fans to a game that they might not have been around for when it was first released. A second reason would be to allow players coming from Xbox to Play Station, for example, to experience games from older versions of the Play Station.

Although cash grabs are always in the back of my mind I do also see a demand for these remasters and remakes in some respects. As argued in ‘An Abundance of Remasters: Originality in the Gaming Industry’, “How can someone enjoy the fourth, fifth, etc game in a series if he or she has not played its predecessors? How can someone play these predecessors if he or she does not have the appropriate ancient console? It takes a lot of work (and money) for a player to collect all of the consoles and games required to fully appreciate a franchise”. Similarly, to my previous point, I view as a valid argument as these companies are recreating a classic and allowing new fans to share that experience of the original game they missed out on. 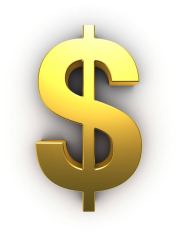 When it comes to Crash Team Racing Nitro-Fueled, it was “expected to be merely a cynical cash grab but turned out as one of the best kart games ever” (Coetzee, 2019). We will never really know the intentions with the release of the remake. I personally see a large demand for such a classic game as it was a highly loved game from so many children growing up as would so many others but whether or not it was remade for the nostalgia or the money is a grey area.

After conducting research on this topic, I have concluded that I cannot determine a company’s motivations in creating a remaster or remake. I believe there are some old classics that have a genuine demand to be remade however whether or not the company is doing that for the people or the money we cannot be confirmed.

Legler, C., 2016, ‘An Abundance of Remasters: Originality in the Gaming Industry’, The Artifice, date accessed 29/10/19, https://the-artifice.com/remasters-originality-gaming-industry/